Hungarian, Spanish, Polish, Bulgarian, Macedonian, Bosnian
A postmodern criminal novel set in late 19th century Prague The author has created a whimsical and imaginative narrative world, which in every sense is dripping with opulence.

Culinary delicacies, eroticism, philosophical questions and strange murders – these are the ingredients, with which Petr Stančík blends a postmodern grotesque thriller. The fantasy novel takes place in the historical background of the Austro-Prussian War of 1866. At that time a serial killer emerges in the historical center of Prague. Commissioner Leopold Durman is on his trail. Building around precise historical facts Petr Stančík develops a bizarre fiction. In a baroque narrative style he lets his readers dive into a mystical 19th century Prague. There the main hero pursues not only the murderer, but also all thinkable pleasures of life. He tastes imaginative meals, such as bat breast fricassee or roasted hedgehog, and also enjoys physical love in many lewd variants.

On another level the author portrays the conflict between individual murder, which society punishes, and institutionalized killing by the army, which on the contrary is rewarded.

Of one thing I am sure: Stančík has created the most vivid evocation of Prague in recent years, and if Angelo Maria Ripellino were to write a new Magic Prague today, he wouldn’t be able to ignore this masterpiece of Prague literature.

Stančík simply enjoys himself. His novel is the type of book you want to take everywhere, enthusiastically quoting from it at every opportunity.

The attraction of this novel lies in the “incorrect” humor and ingenuity with which the author mocks historical narratives. 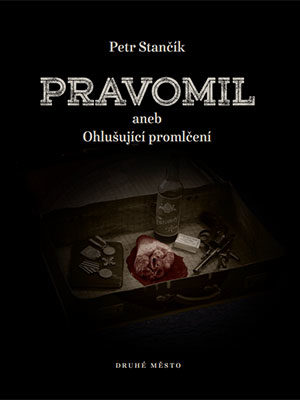