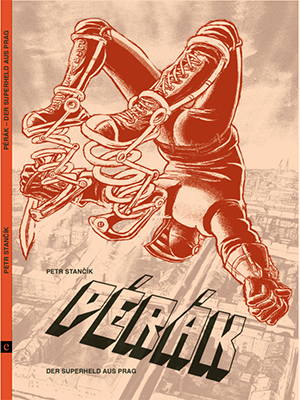 Petr Stančík presented the German edition of his satirical action novel Pérák – the Superhero from Prague in Munich from December 11th to 13th.

Stančík’s novel Pérák is the first literary work dealing with the forgotten but now rediscovered superhero from the centre of Europe. The German edition, which was published by the Swiss Edition Clandestin in 2019, is enriched with numerous historical photographs of Prague and with colored pictures documenting the artistic representation of the Pérák legend since World War II.

See a sample of the German book here.