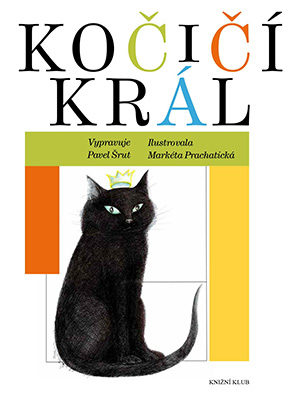 The King of the Cats

Pavel Šrut has taken inspiration from gatherers of English, Irish, Scottish and Welsh stories to create a unique collection of fairy tales, which he tells children of his country in his very own way using echoes of Czech fairy tales that he heard in his childhood. With a variety of tales about animals and all kinds of magic, scary stories and hilarious stories, he wanted to reach children’s ears, eyes and hearts.

Pavel Šrut, a gifted story teller and the winner of many prizes, has enriched the old stories with his own imagination. In some places he left something out, in other places he added themes, sometimes he was drawn in by a detail and thus he overlooked something else… „That‘s how it goes when a narrator loves what he‘s doing“, he remarks in his afterword.

Other books by Pavel Šrut