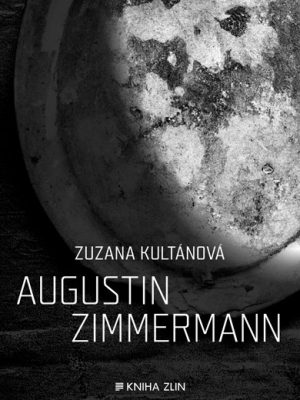 Spanish
An intriguing debut novella inspired by the true story of Augustin Zimmermann and his children. The author uses historical events to conjure a timeless parable about the foolish desire to break free from one's nature and dark passions.

Augustin Zimmermann, the main protagonist of this novel which takes place in the late 19th century Prague, represents an almost archetypal model of an unhappy person. While the world around him is productive and prosperous during the Industrial Revolution, his family is struggling with an existential crisis exacerbated by his alcoholism and hopeless attempts to succeed in this new world.

Augustin’s uncertain past, strange unease and deceitful nature cast a dark shadow on his entire family, which is spiralling into increasing despair and falling to the bottom of the social hierarchy from which there is no escape. The story culminates tragically in Prague’s Josefov quarter, a place of misery, which for centuries was a Jewish ghetto.

An exceptional and uncompromising novel.

Augustin Zimmermann is an exceedingly good debut novella […] The author’s diverse style is full of naturalism and a number of imaginative analogies, yet it retains its clarity.

This text inspired by a true story is able to convey the facts with ease. It is also laudable because it possesses elements of a parable. What is the outside world responsible for and what is the individual’s fault? Why is it that some people can live in poverty with dignity while others cannot? Perhaps Zuzana Kultánová’s riveting novella reminds us mainly that the danger of materialistic hedonism, greed and envy can destroy any life during any period in time.

...very well done, not only because of the interesting plot based on real events but also because of how the author adapts these facts.

Other books by Zuzana Kultánová